GUEST BLOG: How to Maximize Natural Light in Your Home and Why It Is Important for Your Kids

While it is essential for children to spend time outside, the fact is that they don’t, which significantly increases their exposure to artificial light sources. This is bad because our bodies require sunlight to function properly. Natural light increases the vitamin D production, regulates brain chemistry and affects our sleep cycle. In this article, we’ll further elaborate the benefits that sun brings to your children. Also, we’ll show you some simple ways to increase the amount of natural light in your home, and thus, maximize those benefits.

Vitamin D production and why it is important

Everyone is blabbering about the sun being essential for vitamin D production, which is true, but no one speaks about the importance of vitamin D and the benefits it has for our bodies. The truth is that vitamin D is an essential component for the developing bodies of young kids. It helps absorb and metabolise various minerals, such as calcium, iron, zinc and magnesium. It has a profound impact on the production of brain chemicals that affect the mood, and it modulates brain functions. It is also believed that vitamin D is associated with cognitive performance.

The exposure to sunlight plays a crucial role in regulating our circadian rhythm, also known as the internal clock. You see, human bodies are “designed” to rest when the light is at its minimum because that was the time of low visibility. Modern amenities have led to serious disruption of our internal clocks. This is especially harmful to kids, who should sleep between nine and thirteen hours a day, depending on their age. Sleep helps children process emotions, consolidate memories and produce neurotransmitters.

Exposure to sunlight affects the production of serotonin, a neurotransmitter that regulates emotions and mood, due to increased vitamin D and a properly balanced circadian rhythm. It is believed that serotonin has an important role in brain development, which is the reason why kids have higher levels of this neurotransmitter than adults. The increased level of serotonin is also linked with happiness, joy and the feeling of well-being, while low levels of it are associated with aggression, impulsivity, depression and anxiety.

Let the light in

Now that you know all the benefits of sunlight for your kids, you are surely interested in maximising the amount of it in your home. The most natural way to do it is with windows. If your house has small windows, perhaps it is time to install new ones. Also, instead of using heavy drapes that block out sunlight, you should think about leaving the windows bare or using sheer curtains. Keeping the windows clean and shiny is essential for welcoming the sun.

Another trend that is taking over Australia by storm is installing skylights. In fact, the installation of skylights in Sydney is more popular than ever. This shouldn’t be a surprise since skylights let 30% more sunlight in than similar-sized windows. The best rooms to install skylights are the ones where you need both light and privacy, as well as the living areas. When installing skylights, you should think about additional perks such as low-E coatings and light intensity control.

Do you have any tall trees around your house or bushes that might be blocking the sunlight’s access to your house? While this might look nice when you’re outside, it doesn’t do much good to your interior. Try to at least cut the trees and bushes on the southern side of your house, so that the sun can burst into your rooms. You should know that north-facing windows lose more heat than they gain, because they don’t get enough direct sunlight, while east-facing windows get plenty and sometimes even too much of it.

Additional things you can do

Besides the more common solutions such as installing windows, and, as of recently skylights, there are other design hacks you can use to increase the amount of sunlight in your home and provide your kids with a happier and healthier childhood. For example, have you heard about solar tubes? These tubes gather light in a small rooftop dome, and channel it through a ceiling and diffusing fixture which creates pleasant ambiance light. Installing French doors leading from the kitchen to the backyard could light up the entire kitchen and the living room, if your home is open-concept.

Sunlight is essential for the healthy development of children, and while they can get a certain level of exposure to it playing outside, it is also necessary for the sun to be able to reach the one place where they spend the most of their time – your home. These tips should help you allow the sun to access your home. 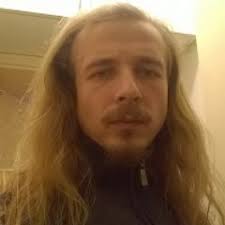 Will Sandford is a Sydney based wood architect, blogger and contributor on interior design and ecology blogs. Besides that, he is also interested in home improvement combined with green technology.

In his spare time, Will enjoys surfing and rock climbing.

He is also a regular contributor to SmoothDecorator.

Posted in: Around the House, Guest Posts
Tags: health, interiors, mumswhostyle, wellness
« Previous post link How to decorate with wallpaper in kids rooms
How to clean and organise LEGO » Next post link